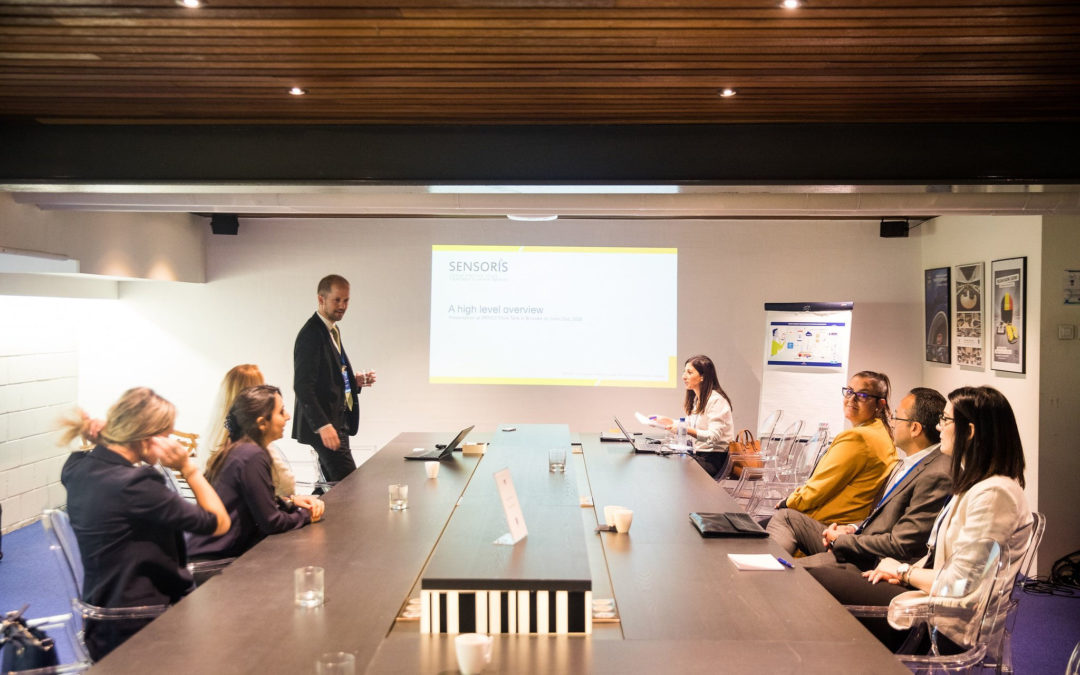 During ERTICO – ITS Europe’s annual Think Tank, which took place in Brussels on 20 and 21 June, SENSORIS was presented by chairman Prokop Jehlicka (HERE).

It was an important occasion to showcase the achievements of the SENSORIS platform in the last year and to present the new specification, released this June, to all participants during the workshop held on the second day of the event.

During the discussions, explanations were provided on what types of measurable data SENSORIS envisions to exchange in the SENSORIS data format, as well as how the platform foresees to describe requests of data towards the supplying cloud or vehicle. Overall, the discussions where focused on the functionality of SENSORIS and how it fits into the full ecosystem. This includes the underlying transfer protocol (e.g. HTTP REST) and how SENSORIS fits with other standards for sensor data exchange formats, e.g. J2735, the C2X DSRC architecture and other standardization organizations e.g. ISO and SAE.

SENSORIS is focusing on the data format and is envisioning a fit into the ecosystem where, for instance, vehicle based standards are harmonized with the exchange format for a lossless translation, in order to preserve the data value during its data transport pipeline.

After a successful presentation of SENSORIS during ERTICO’s Think Tank, we are now preparing for the ITS World Congress taking place 17-21 September in Copenhagen, where SENSORIS will be present with a stand. Updates on the agenda including experts’ presentations will be published later this month.